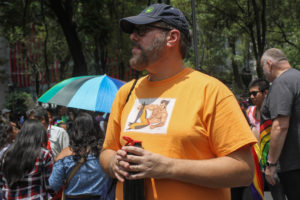 Harry Hawk is a Marketing Consultant and Educator specializing in Hospitality, Technology and Community Building. Harry has a diverse range of clients in Robotics, Logistics and Baking. Harry is the host of YouTubular Conversations, a podcast about the streaming media ecosystem; Harry is interested in online video, Over-The-Top (OTT) TV, programmatic Ad Tech including real time ad insertions. While earning his MPS at NYU’s Interactive Telecommunications Program he researched the future of media and its influence on the future of advertising. Harry is also the Technology Correspondent for FIR Higher Education.

Harry Hawk has worked at companies including Phillip Morris, Paramount Home Pictures, NY Water Taxi, and many startups. Harry is a Lecturer in Hospitality related Marketing and Technology at CUNY’s New York City College of Technology. Harry has cooked 6 times at the James Beard House, won the 2008 NYC Burger Battle of the Boroughs, and has operated several restaurants in NYC including Harry’s @ Water Taxi Beach.

Harry is the co-creator of the NYC Food Film Festival. You can find Harry on Twitter @hhawk or on LinkedIn. Harry is the host of TalkingAboutEverything, a podcast that covers a wide range of topics such as society, technology, education, art, food and cars.