You are here: Home / Podcast / Memes Monetization and Data Privacy

Brands can use the same or similar tools; in this episode I talk with researcher and personal data entrepreneur Paul Dehaye about data privacy, using memes to “collect” and “share” segments of consumers and the monetization of personal data.

Policies that protect political speech, including “anonymous pamphleteers,” (link) can also be used to subvert elections.

They say they don’t keep that data – Paul Dehaye

Policies enacted to protect consumer privacy may also be making it hard for consumers to learn how they are being tracked, monitored, and segmented.

Companies “enhance” your personal data and then horde it – @hhawk

The reality is that businesses buy and sell your personal data. Then they segment, cluster, and augment your data with historical and real time information.

They hide what they know about you – @hhawk

The same laws that protect personal data from hackers (and illegal use) also make it hard to discover what large social networks know about you, how they know it, and where the information was found.

A few weeks ago I spoke with Claudiu Maraiu (co-founder & CEO) of the SAAS analytics company Innertrends.  Claudiu and I spoke about the ubiquity of tracking and monitoring of consumers.

Claudiu took a clear stand that the industry (and our society) has an ethical dilemma it needs to resolve in RL, Real Life.

I played Claudiu’s observations for Dr. Dehaye hoping that he would be in agreement; (spoiler alert) he was.

Marketing – A Force for Good

I truly believe that marketing can be a force for good and as beneficial to society as any other profession.

There are many (on the right and left) who view consumerism and corporate commercialism as scourge.

Yes… we could live in a world with 1 brand of toothpaste, soap, candy, coffee, computers, phones, cars, a single restaurant chain and (for Americans and Swiss) 1 brand of guns.

It may be more efficient and even cheaper since presumably there would be billions saved in marketing and advertising.

I understand the backlash against consumer choice and 100 brands of coffee, and 15 types of Oreos – @hhawk

I want to be able to pick my own music, food, movies, and mate – @hhawk

Modern marketing requires tracking, monitoring and more. The real question is how do we ethically address these issues.

Modern marketing tools are being used in elections @hhawk

The 2016 US election and the Brexit vote – Big surprises for many.

What fueled these “surprises?”

The tipping point may have been when campaigns learned to polarize the electorate. Easy polarization means easy segmentation.

Daisy or Daffodil?  – a hard “problem” for marketers – @hhawk

@hugorifkind I think this is the quote you are looking for @Arron_banks pic.twitter.com/pH2wz2oKg8

The Power of Hate

HRC or DJT? – an easy problem because of the strong negative opinions – @hhawk

DJT may naturally enjoy pushing buttons and speaking previously unspeakable thoughts — but they were a huge benefit in the 2016 election cycle – such polarizing messages filter voters.

You may also learn enough about them to discourage them, give them false hope, or get them all riled up and “mad as hell.” That’s what I call a push meme.

Political speech, including anonymous speech – is the cornerstone of American democracy.

Data, data privacy, and monetization are key building blocks for our digital age making online sales from Amazon, Uber, and the local butcher efficient and effective

Mathematician Paul Dehaye (PhD Stanford) and I take a deep drive into the digital footprint of the 2016 US Election cycle. 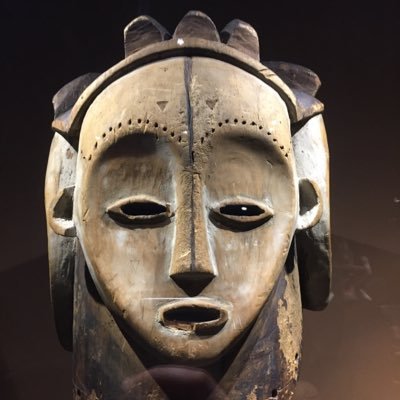 Who is Cambridge Analytica – they are part of a company that also trains the military for psychological warfare.

There is a lot of debate about what happened, how it happened, and more importantly if it did happen – what levers did they pull? What tools did they use?

@profcarroll my actual Adobe Markeing Cloud data: my identifiers across the industry for dozens of companies pic.twitter.com/MKxaQbLWJO

There is no easy answer here to regulating marketing tools when we are talking about political speech.

I wrote a bit about the value of anonymous political speech. https://t.co/n9kkDmYJKF pic.twitter.com/4ckftTB5j7

It is possible that Super PACS, Campaigns & Think Tanks shared segmented audiences and used them to support the candidate(s) of their choice.

HRC was frequently “dinged” in the press when using different language, focus among stakeholders.

Imagine two groups of voters (A & B)

If voter group A would be discouraged if they learned about Fact X, yet  voter group B would be encouraged – we can use segmented audiences to “suppress ‘Face X” to group A while promoting it to group B.

Where did it all start?

We can blame our modern democracy on the ancient Greeks — Cambridge Analytics had an “ah ha” moment when Cambridge University published a study about Facebook “Likes.”

If you want to go further down this rabbit hole..