You are here: Home / Podcast / The Naked Rowers

Listen to my Interview with Angus from July 2014; this is the “raw and uncut edition.”

Learn how Angus Malcolm and the Naked Rowers have used nudity and social media to engage, influence, and tell a very unique story about sports and inclusion while raising “nearly £100,000” for Sport Allies. 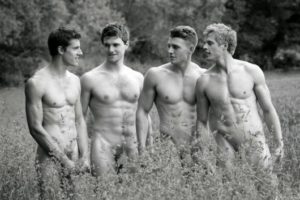 My interview with Angus Malcolm

The male, mostly straight rowing crew at the University of Warwick have turned this traditional on it’s head. First to raise funds to keep their “cash strapped” club afloat, but now to increasingly raise money to fight off homophobia in sports. The first time Angus Malcolm uploaded images from one of their shoots “within 24 hours it generated over 36k downloads.” A “making of” trailer from their 2014 effort generated more millions of downloads from at least “1.5 million unique viewers.” Angus is the photographer on all of the Warwick Rowers photos below. 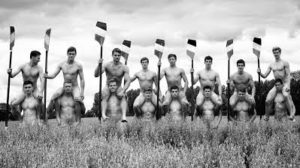 Angus Malcolm, the producer of the Naked Rowers Calendar notes, “The tradition of the naked college calendar” does exist in the United Kingdom. A quick Google search turned up a mix of naked men, women and coed charity calendars from Universities in Oxford, Bristol, Nottingham, Sheffield, Liverpool, Kingston, Exeter, Aberdeen, Birmingham, and Cardiff. Sheffield Hallam University’s Men’s Rugby Union has produced naked charity calendars since 2001 yet has a Twitter page with 858 followers. In contrast the Naked Rowers have nearly 22k followers (as of January 2017 it’s up to 36k) and 15k Likes on Facebook (35k in Jan, 2017). [The Rowers fame more than doubling on Facebook while growing far slower on Twitter is perhaps a testament to the ascendancy of Facebook, and the marginalization of Twitter – HH 01/29/17.] 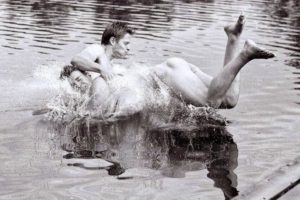 Now in it’s 6th year, Mr. Malcolm who has a long history working with non-profits as a professional communicator, attributes the success of the Naked Rowers calendar to many factors including: 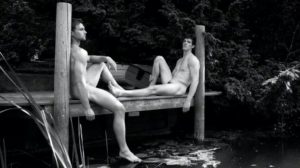